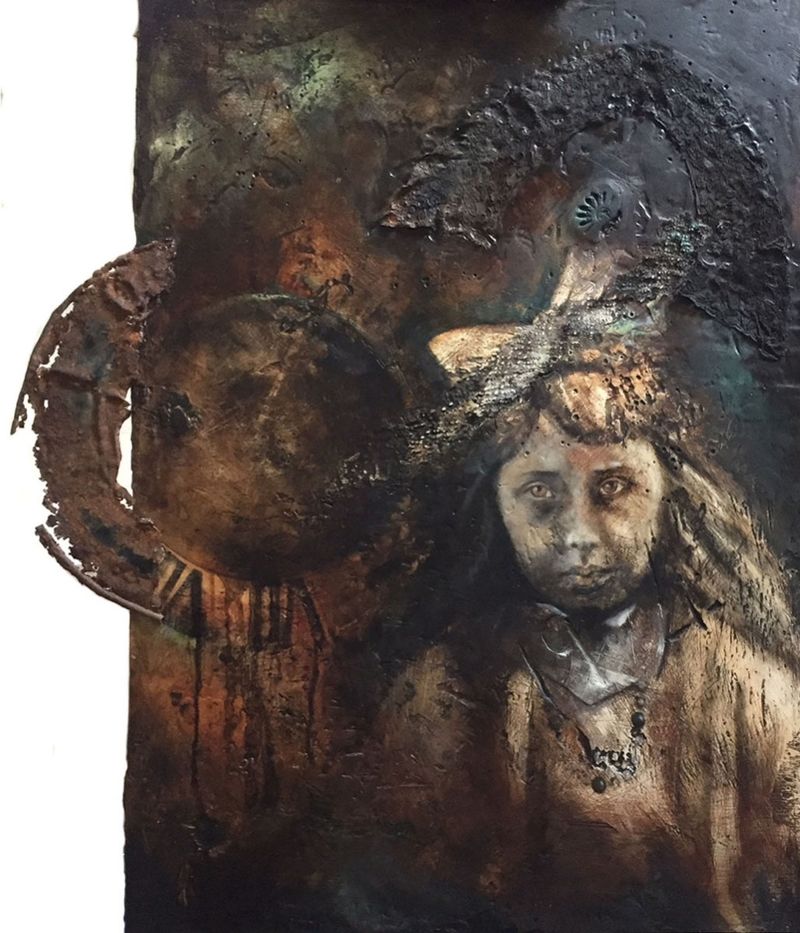 The culmination of my BA (Fine Art) studies
03/06/2019
Almost unbelievably, after years of studying for a BA (Hons) in Fine Art, first at University College, Falmouth and then, after a gap of several years, at Hereford College of Arts, my studying came to a climax at 10.00am on the 31st May.

For my last module, Fine Art Resolution of Practice, rudely better known as FARP, I had been working in an empty farmhouse, uninhabited for almost 50 years, where no running water or power had ever intruded and where the furniture and artefacts belonging to the previous inhabitants were still in place. My original intention when kindly given permission to work there was to make work based on the interior of the old place, its nooks and crannies, and the objects within it. However, exposure to the mysterious and evocative atmosphere of the house caused my thoughts to turn towards the broader subjects of life, death, our personal brief passages between the two and the way possessions we treasure while alive become just so much detritus for someone else to dispose of after our deaths. I wanted to find a way to convey these stages of life and the solution appeared to be in the form of a triptych.

I called this triptych 'Passages' and it comprises of Part 1, 'Elements', when we are all 'swimmers in the secret sea' (William Kotzwinkle); Part 2, 'Connections', our short time alive when we forge brief or lasting connections to people, places and things as we journey through life; Part 3, 'Traces', when our essence remains in the objects we leave, the memories of us that live on in the minds of people who knew and loved us and lingers in the places we leave behind. 'Traces' was the first of these images to be finished and was exhibited at 'Interim' our pre-Degree joint exhibition in Hereford where, very gratifyingly it received a lot of interest and was bought. The purchaser very kindly agreed to me keeping the work until after we had had our Degree Show at HCA and then exhibited the work at Free Range. This is the UK's largest graduate exhibition, held annually at The Old Truman Brewery in Brick Lane, and taking place this year for Fine Art between the 4th and 9th July.

All 3 parts of the triptych are created in oil paint and mixed media on plastered panels measuring 84cms x 60cms and framed in angle iron that I rusted using a very exciting witches' brew, the ingredients for which were provided by HCA's metal workshop.