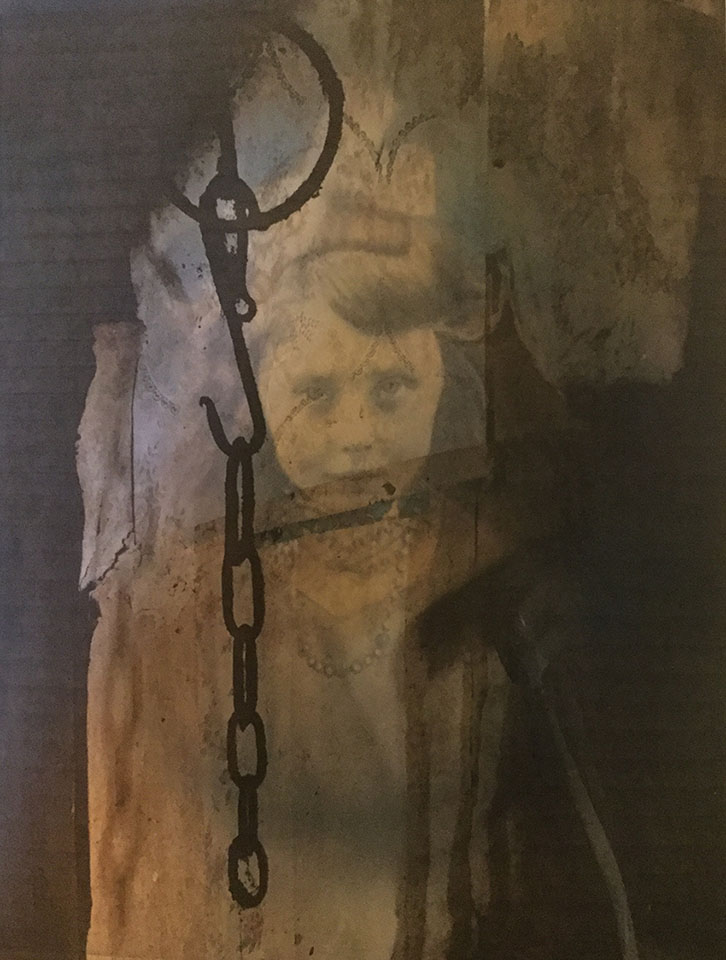 ...and suddenly it's the final year
25/02/2019
It's hard to believe that after the years of preparatory work, this is the final year at HCA and June and the degree show are nearly here.

I've explored various directions over the past years and headed down various blind alleys that seemed promising at their starts but, until recently, I never felt that I'd hit on a sustainable concept.

Then towards the end of last year, acting on a whim that had become an obsession, I was grateful to get permission to work in an abandoned farmhouse near where I live. Although it hasn't been inhabited since 1974, much remains as it was; artefacts, ornaments and furniture still in situ as though waiting for the owners' return. The miasma of ancient smoke hangs in gloom barely penetrated by the light that breaks through the dusty glass; walls and beams greasy and blackened; windows are swagged by cobwebs and layers of lino cover the floor - a palimpsest of domestic history. Portraits, foxed and faded, peer from time-darkened frames and mirrors, turned copper by the smoke-laden air, reflect only shadows.

The atmosphere is extraordinary; the sense of presence in the house, the perceived need to respect and preserve the peace of unseen companions.

Where work started as an attempt to portray the physical aspects of the place, it changed over time and exposure to become far more; an investigation into the layers of time and the way our brief lives appear from one layer and shine brightly - so briefly - before disappearing into another. Essentially an exploration of life itself - a quest to portray in paint the extraordinary passage of personal history. Our emergence into being from the 'beginning', somewhere unknown or unremembered to us; our transient existence on this plane accompanied by the things that are attached to us here, and the traces, both physical and immaterial that we leave when we die.

I have started work on a series of mixed-media paintings that will form a triptych informed by the thoughts and emotions engendered by working in this haunted place, and by my personal investigation into what creates, to use Freud's wonderful word, the unheimlich .